#10PAVAROTTI: CARRERAS AND DOMINGO VIRTUALLY RECREATED THE THREE TENORS' ATMOSPHERE WITH "MY WAY" AT THE ARENA DI VERONA

Yesterday marked 10 years since Luciano Pavarotti passed away: 10 years without him, and 10 years still with him at the same time, since what could eternity be related to if not to a voice like that? It still fills your home, your memories and it makes you feel like he is still with us, that his voice will never die.
Last night the magical setting of the Arena di Verona hosted the Luciano Pavarotti 10th Anniversary concert as a tribute not only to one of the best and most beloved tenors of all times, but to an artist who could bring opera to the masses, who thought that music was universal.
As the event was announced 6 months ago, one of the very few guaranteed details was that both Josep Carreras and Plácido Domingo would take part to it. It could not be any different: together with Luciano, they were a team who changed the perception of opera like nobody else could possibly ever do, but even more they were just very close friends who shared not only their profession, but also over a decade of real, private life.


Besides them, the concert, moderated by Carlo Conti, was joined by Angela Gheorghiu, Zucchero, Andrea Bocelli (virtually from Rome), Andrea Griminelli, Vittorio Grigolo, Francesco Meli, Fabio Armiliato, but also Massimo Ranieri, Fiorella Mannoia, Giorgia, Nek, Fabio Fazio, Alessandro Del Piero, Nicola Piovani, Il Volo among others. The incomes will be devolved to UNHCR in support to refugees and to the Pavarotti Museum in his hometown, Modena. 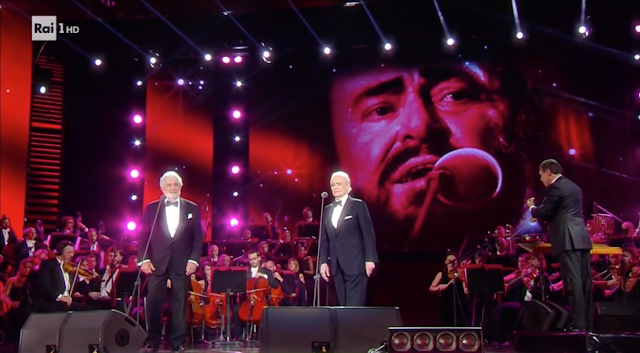 Yesterday I was wondering which surprise Carreras and Domingo had prepared for us, as if I could feel that something really special was going to happen. Nevertheless, not even in my dreamiest dreams I could imagine they were to open the concert with My Way, virtually in trio version with their late friend. A very touched Carreras started first and one more time his absolute delicacy proved to be ideal for a proper interpretation of this masterpiece. This, together with the core meaning of the song, made the listening a real emotional challenge which became really too demanding as soon as Pavarotti joined them through the video of their legendary rendition in Los Angeles, 1994, on the wide-screen: as he did, they just turned to watch the screen and look at him, as well as in the second part of the song they were just singing with him turned towards him. 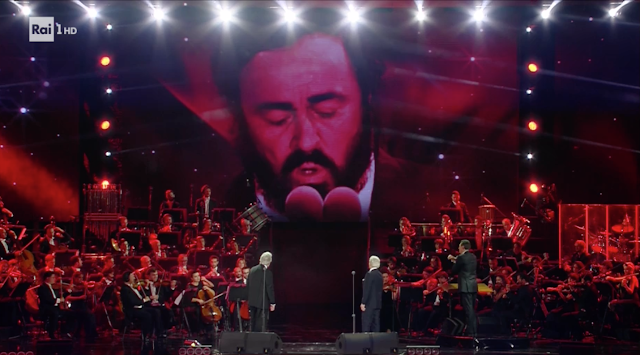 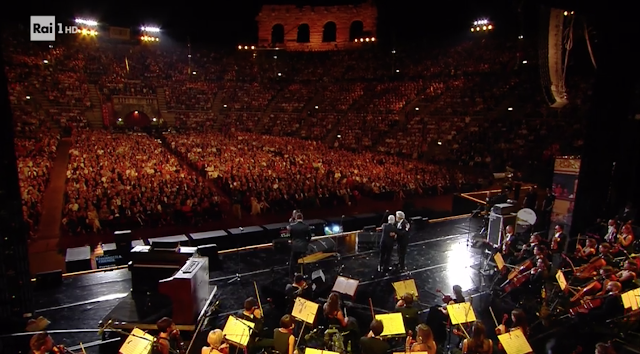 After a huge ovation, they portrayed Luciano with a few words, highlighting not only the immense artist he was but especially Carreras insisted on the man ("he was even more interesting as a man", he said) and on how much he enjoyed spending time with him, joking together, playing together but dealing with serious things as well. 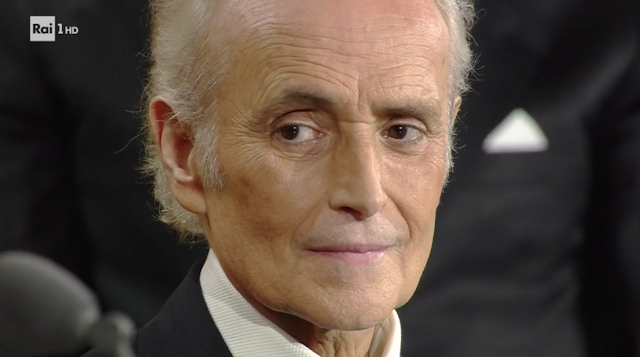 Such overwhelming opening was then followed by two more moments with them on the Arena stage: in the first one, they shared it with Angela Gheorghiu who joined "the best tenors of the world" by quoting her words, to sing Non ti scordar di me, a song Pavarotti loved so much and which acquired a very special meaning in that context; in the last one, Josep Carreras masterfully performed Passione conducted by Plácido Domingo, a really interesting detail we could hardly expect. 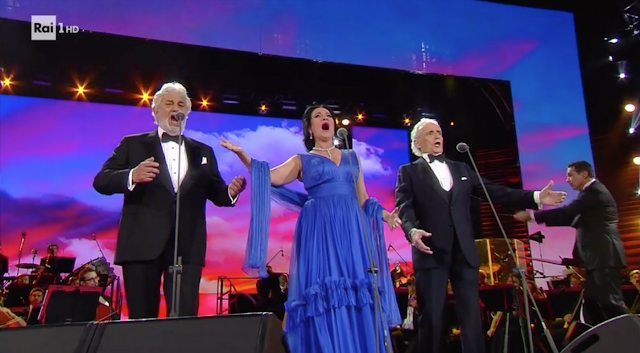 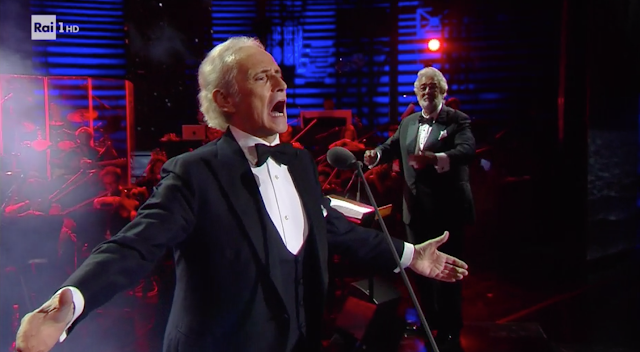 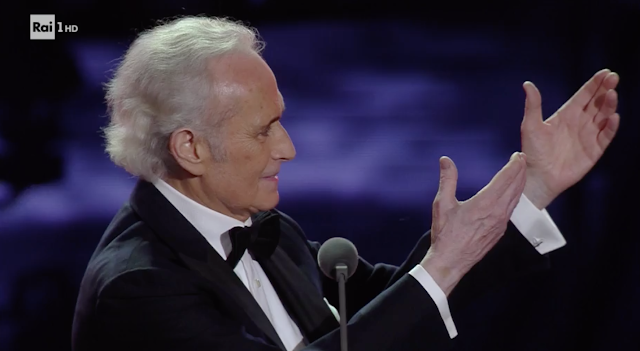 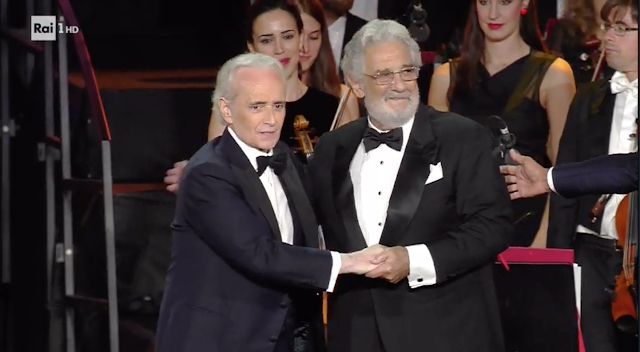 So, we knew it would be thrilling to see Carreras and Domingo back together on such meaningful occasion as a tribute to their collegue and friend, but we could not really expect a virtual reunion which movingly brought the Three Tenors' indelible atmosphere back. 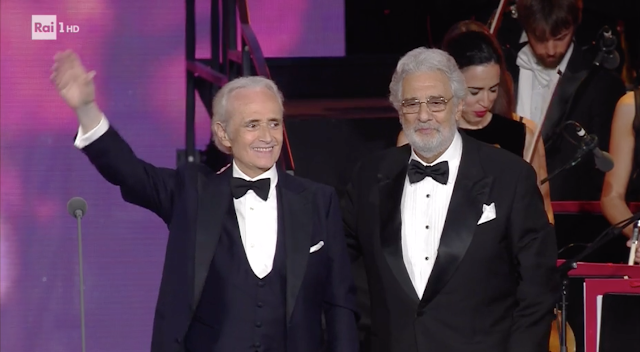 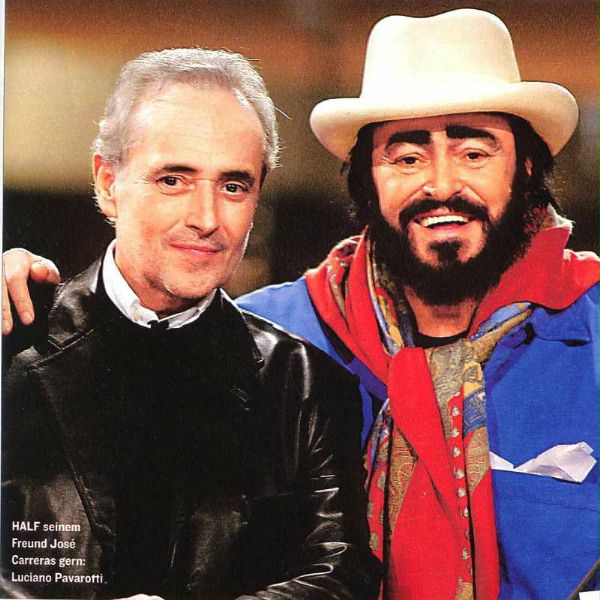 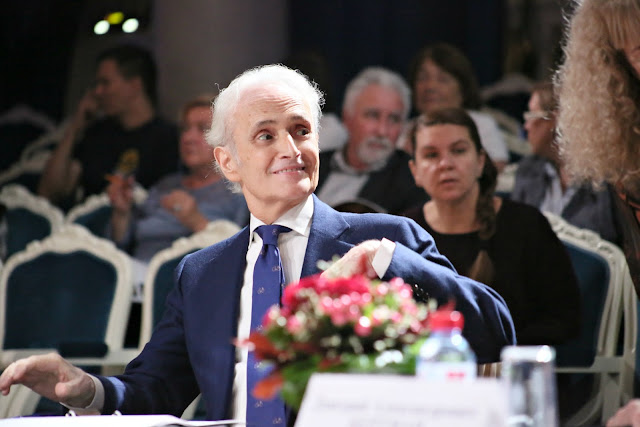