This was quite unexpected for most people who actually had purchased a ticket for a concert with Josep Carreras as main artist, accompanied by a soprano, as this event seemed to be about at the beginning. Obviously, a concert with three singers supposed for the legendary tenor a more reduced part than we are used to. Nevertheless, Carreras turned out to be in a very good shape and wonderfully sang each of the seven songs he was assigned plus two encores. His voice, phrasing and intention were really incredible.


During the press conference, Josep Carreras talked about his relationship with Budapest, which started in the mid 70's with some performances of Verdi's operas Un Ballo in Maschera and Don Carlo. Furthermore, he has even spent a few weeks there in some occasion, such as the recording of Giordano's Andrea Chénier with Hungarian soprano Éva Marton. For this reason he knows quite well this city, and he is very happy every time he performs there.

The Gala was opened by baritone Roberto De Candia with Tonio's Prologo from Leoncavallo's Pagliacci, which was followed by the Bolero from Verdi's I Vespri Siciliani sung by Polina Pasztircsák. Josep Carreras finally joined the stage and offered a superb, heart-breaking rendition of Pregària, a Catalan Traditional prayer to the Holy Mother by Álvarez.

After the Intermezzo from Kodály Zoltán's Háry János played by the Orchestra conducted by János Ács, Carreras was back with Dicitencello Vuje and then with traditional carol Adeste Fideles, which he was actually supposed to sing in the second part, that created some Chrismas atmosphere on that minimal stage with no flowers nor Christmas trees.
Of course, big sport arenas are neither theatres nor concert halls, but sometimes some little details would be appreciated. Nevertheless, there are widescreens providing a good vision from every point, which is positive though.

The Gala followed with Roberto De Candia who sang Riccardo's Recitativo, Aria and Cabaletta from Bellini's I Puritani. After that, Maestro Ács conducted Békeangyal Himnusz (Angel of Peace Hymn) by Ács József, soprano Polina Pasztircsák joined the Catalan tenor in a duet-version of Cantique de Noël.

After the intermission, the concert resumed with the Ouverture from Rossini's Il signor Bruschino and the Violetta - Germont Father duet from Verdi's La Traviata. Josep Carreras warmed up the concert when he sang Musica Proibita and Franck's Panis Angelicus; his prodigious use of mezza voce was really impressive and sublime.

The official program of the Gala offered a sequence of three different versions of Ave Maria: Roberto De Candia proposed the Schubert version, while Polina Pasztircsák the one from Verdi's Otello. At the end, the three opera singers joined together for the Bach - Gounod version, the premiere of a particular arrangement by János Ács.

At the end of the concerts, bunches of flowers for the acclaimed artists, ovationed throughout the whole concerts. In particular, Carreras received several roses, and deserved bravos and standing-ovations in some occasions, like during the encores, when he thrilled the audience with his renditions of I'll be home for Christmas and White Christmas, which you can enjoy by watching the videos below. At that point we all were waiting for Stille Nachts, which turns 200 years, but sadly the concert was finished. 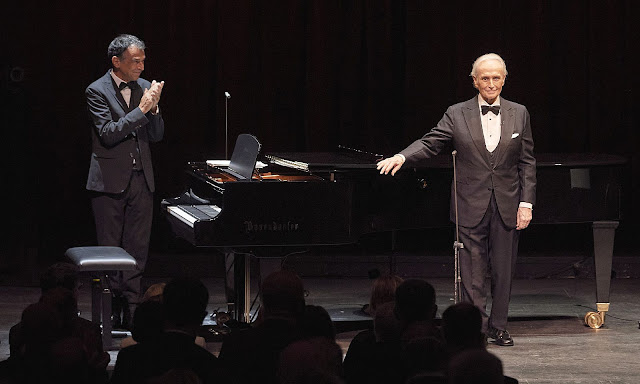 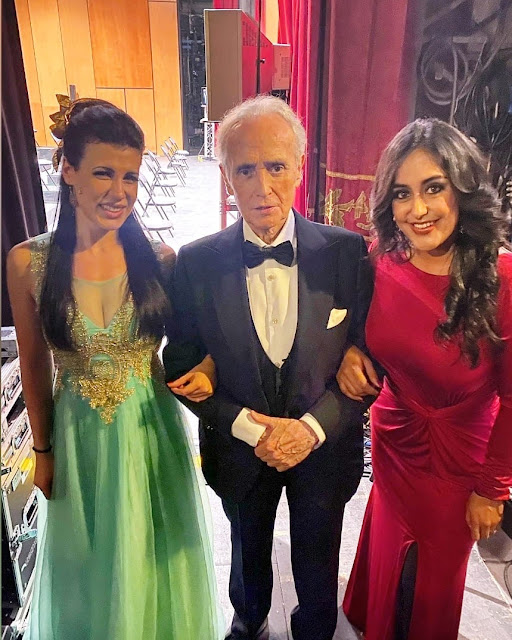